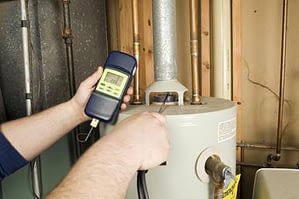 Carbon monoxide poisoning is the most common cause of injury and death due to poisoning worldwide.The CDC reports, “Each year, more than 500 Americans die from unintentional carbon monoxide poisoning. Poisoning is typically more common during the winter months due to increased use of gas furnaces, gas or kerosene space heaters, and kitchen stoves during the winter months, which if faulty or used without adequate ventilation, may produce high levels of carbon monoxide.

People may have different carbon monoxide tolerance levels. Exposures at 100 ppm or greater is considered dangerous. In the United States, the OSHA limits long-term workplace exposure levels to less than 50 ppm averaged over an 8-hour period. If an upper limit of 100 ppm is reached, employees are to be removed from the confined space . 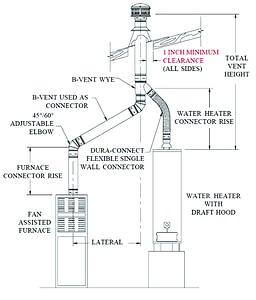 Carbon monoxide is produced, among other ways, as a by-product of the incomplete combustion process of fuel gases, such as natural gas, propane, and butane. Fuel gas appliances, including water heaters, gas furnaces and boilers, use fuel gases as the heating source.