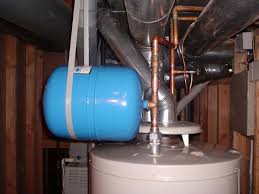 Using the calculated acceptance volume and total volume for the tank, select an expansion tank from the manufacturer’s data that meets these requirements.

Be aware that in most states, unfired pressure vessels larger than a certain volume must have an ASME stamp. Check your state’s requirement for this limit. If the expansion tank you need is larger than this limitation, it must be constructed in accordance with ASME Section VIII requirements. ASME rated vessels are much higher in cost than non-ASME vessels. Installing multiple smaller tanks, which are below the volume limitation for ASME tanks, is also an option. Most tank manufacturers offer both ASME and non-ASME thermal expansion tanks.

Where the thermal expansion tank is installed in a plumbing system is important. The options are to install the expansion tank in either the cold or hot water piping. The tank will perform its intended function when installed in either location. However, the cold water piping is the preferred location, because the water temperature is lower. Lower operating temperatures will extend the life of the tank bladder.

Prior to pressurizing the piping system, the expansion tank should be charged with air pressure that is equal to the line pressure of the plumbing system. 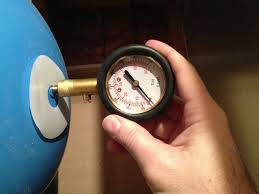 Get all the latest content.
(No spam; I promise)